Born and raised in Akron, OH, Ivoree Xavier (formerly known as Beedabee) has been singing from a young age. He fondly remembers the times when he and his family would ride around in the car singing together, and he recounts how his time at an all-Jewish school pushed him to participate in musicals and choral performances that he wouldn’t have originally thought to have joined.

By the end of high school, he decided to audition for the NBC show “The Voice", twice. He has developed his voice into a powerhouse, mastering the full vocal range from falsetto to bass and enabling him to mold any genre to his own unique sound and style. Inspired primarily by pop, R&B, soul and rock, Ivoree  brings a fresh perspective to his music. His debut project as Beedabee has amassed over millions of streams and has landed him a feature on the Reuter's sign in Times Square.  As his journey in music continues, he’s ready to take things to the next level.

“Without music I know I wouldn’t be here today,” he said. “If not for certain songs or artists, I would have ended up in a different place. I want to be that voice for others who are going through certain situations, and I hope they can turn on one of my songs and realize it’s all gonna be OK.”

“"You can tell that Ivoree Xavier poured his entire heart out into this song and it shows. The lyrics all seem too real to what most of us experience day to day. Keep an eye out for this artist, he has something special."”

“"I think his verses are somehow relatable, plus, the laidback groove is totally eargasmic. Enjoy it."” 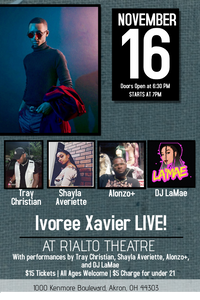 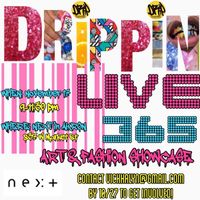